Jack’s many projects and activities bring together his lifelong passion for dinosaur discovery and research and his interest in the links between different areas of science. A committed teacher, lecturer, writer, and amateur photographer, Jack’s habitat, and home, is the natural world. His lifelong challenge with dyslexia, far from holding him back, has pushed him to achieve more—and to have fun along the way. Jack’s research focuses on dinosaur biology and evolution.

Jack proposes that birds are actually living dinosaurs but just look different. Birds lack long tails, their arms are wings instead of hands, they have a beak, and they are toothless.

This research project aims to retro-engineer a dinosaur-like animal from a bird. To do this, researchers must first look and study certain genes of ancestral birds. Once it is known which genes were turned on and off during the evolution of birds, certain genes can be turned off as part of the ‘Dino-Chicken’ retro-engineering process.

Many researchers are working on the evolution of birds, for example at Montana State University and McGill University. These important studies provide the critical data on various evolutionary genetic patterns, which further contribute to the very real possibility that there may one day be a ‘Dino-Chicken.’

Explore the facts about the “Dino Chicken Project” project in the November 2014 Washington Post article “Paleontologist Jack Horner is Hard at Work Trying to Turn a Chicken into a Dinosaur.” 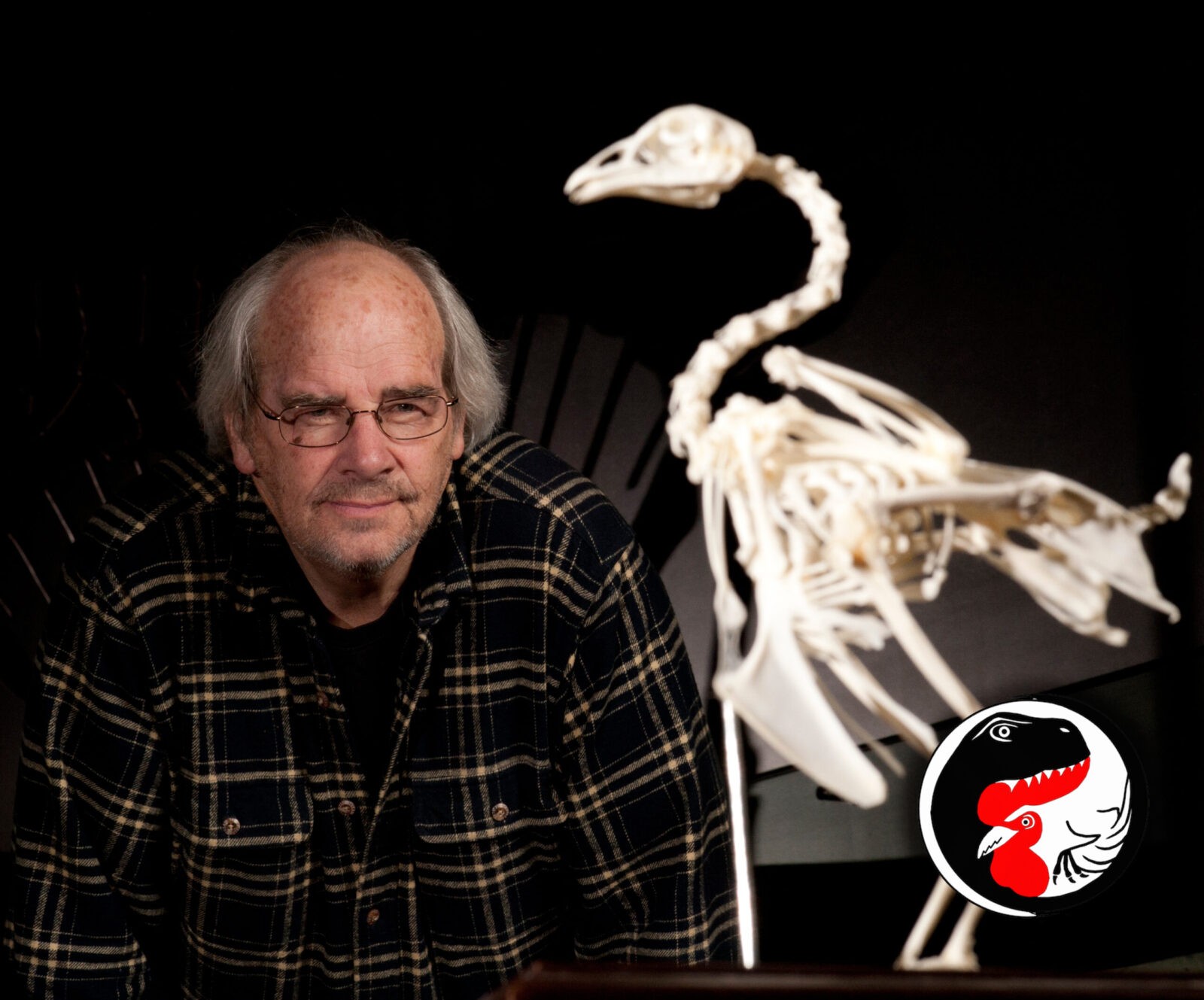 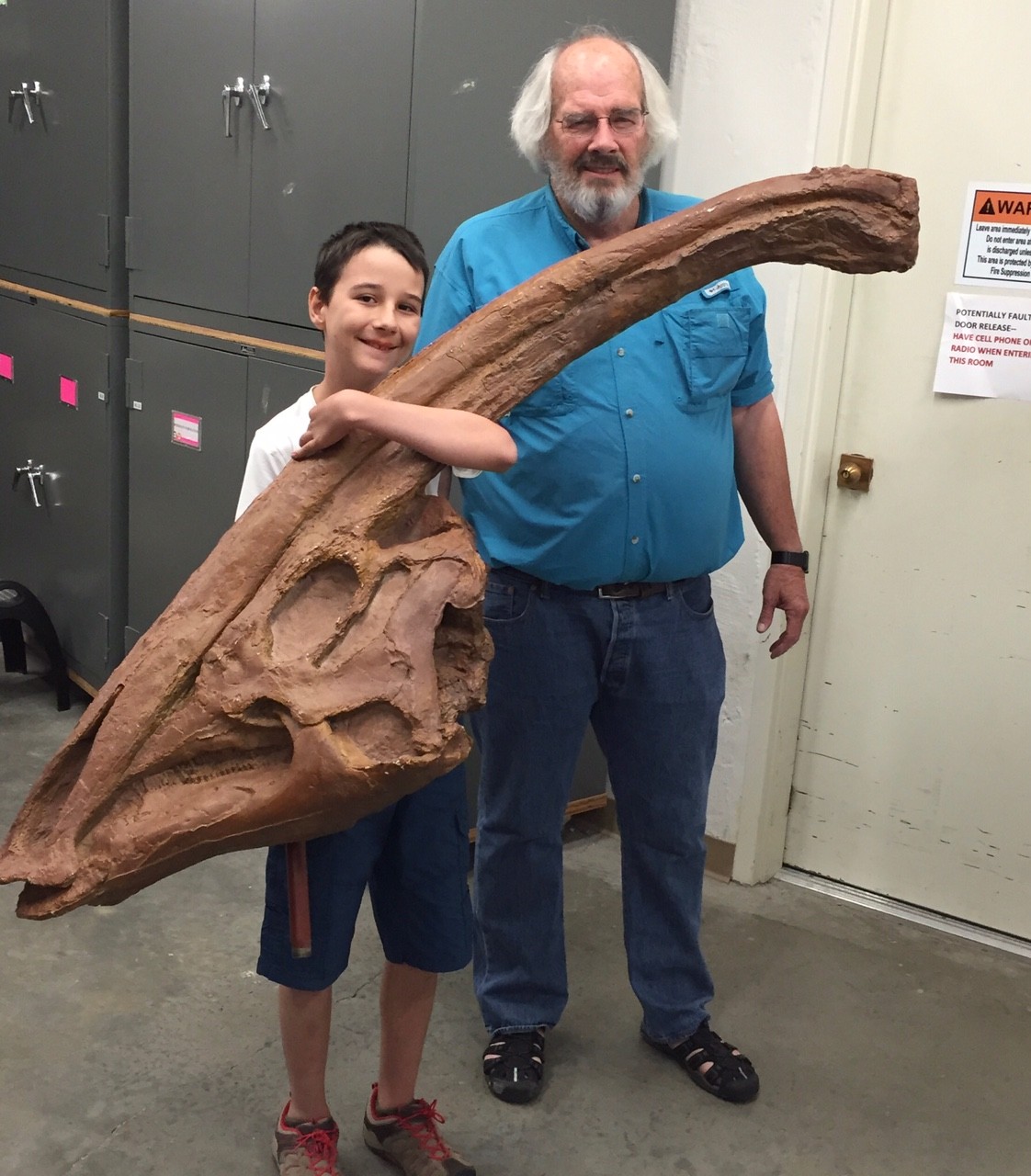 The primary focus of Jack’s paleontological studies is dinosaur growth and behavior. Jack studies the growth of dinosaurs by looking at the internal microstructure of their leg bones. Like trees, the bones of animals record annual lines. By cutting through the bones and counting the lines, we can get a good idea of the animal’s age. The distances between the lines can also reveal the trajectory of an animal’s life—we can see its good times and its bad times.

Jack is also interested in how dinosaur skulls changed shape as the animals matured. The skulls of juvenile dinosaurs are very different from the skulls of adults; Jack hypothesizes that these differences are related to social behaviors. The juveniles of modern animals that live in social groups, such as birds and mammals, look very different from their parents. Dinosaurs had very similar characteristics, which suggests that many species of dinosaurs were as social as many species of birds. And like birds, some, if not all, dinosaurs nested in large colonies and traveled in large herds or aggregations.

One of Jack’s newest hypotheses is about the color of dinosaurs. Keratin is the hard substance that beaks of birds are made of, and there is now scientific evidence that keratin was present in a lot more of the skulls of dinosaurs than previously thought. Since keratin in birds can be very colorful, Jack believes that dinosaurs were much more vibrantly colored too – just like birds.

When Jack was curator of paleontology at the Museum of the Rockies, he created one of the largest field research programs in the world, sending out as many as nine field crews every season. Jack filled the museum with one of the largest collections of dinosaur remains in the United States. Even though Jack has retired from the museum, he continues to collect for the Burke Museum at the University of Washington in Seattle. Currently he is working with Dr. Greg Wilson at the Burke on the Hell Creek Project, which Jack initiated back in 1999, along with Bill Clemens of UC Berkeley and Joe Hartman at the University of North Dakota. They have accumulated the largest collection of paleontological specimens for any Mesozoic rock unit in the world; the gathering of additional specimens and data continues. 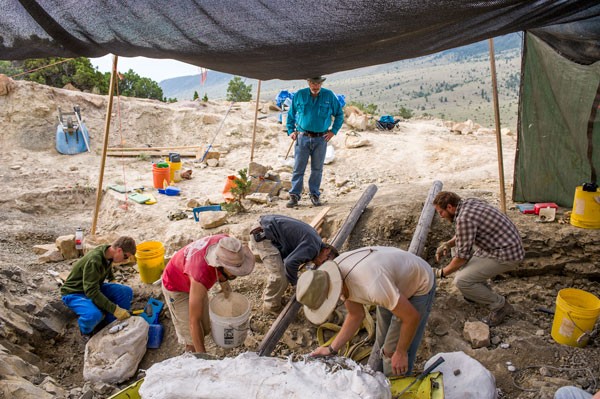 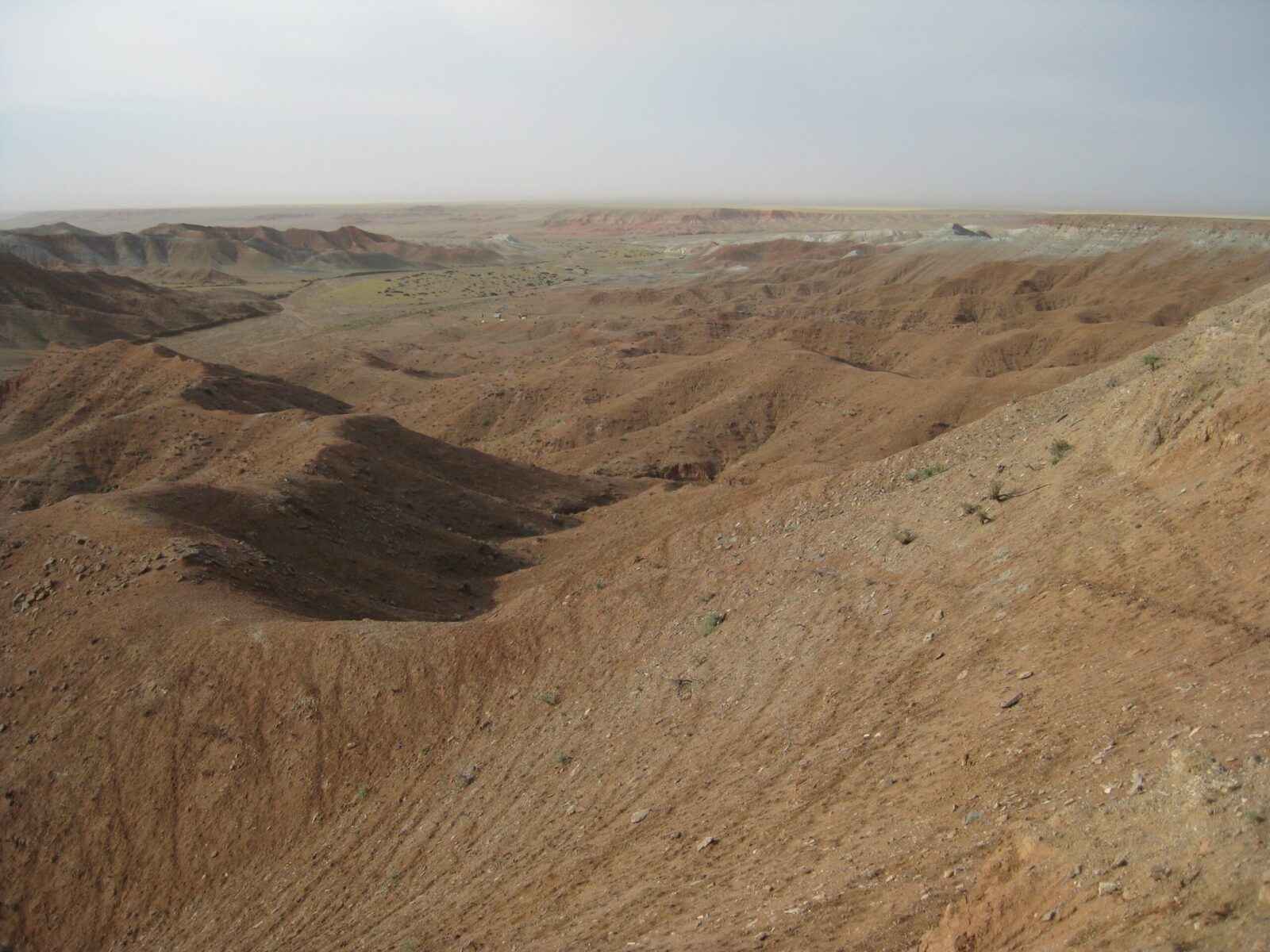 In the last decade, Jack recruited students from Mongolia to study and train at Montana State University. Now paleontologists in Mongolian institutions, they are working with Jack to promote paleontology research in their country. Jack aids his former students and postdocs by raising funds for research and collection space, and educational outreach. One of Jack’s primary interests is helping former student Badamkhatan Zorigt assemble the largest collection ever of a single species of dinosaur: the Psittacosaurus. To date, they have collected more than 400 specimens.

In addition to curating at the Museum of the Rockies, Jack also taught numerous courses at Montana State University, including “Origins and Texts and Critics, Imagination.” Currently a Presidential Fellow at Chapman University, he teaches an honors class: “Origins: the origin of the Universe, Life and Consciousness”. 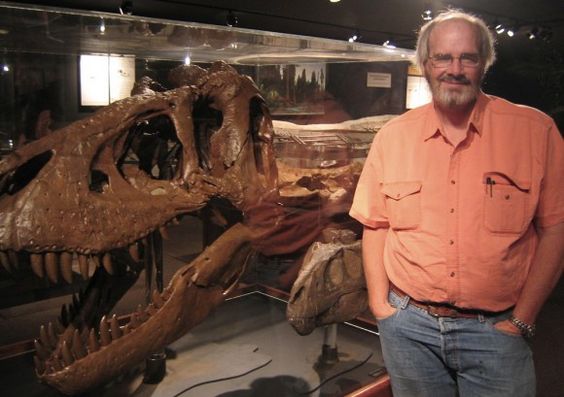 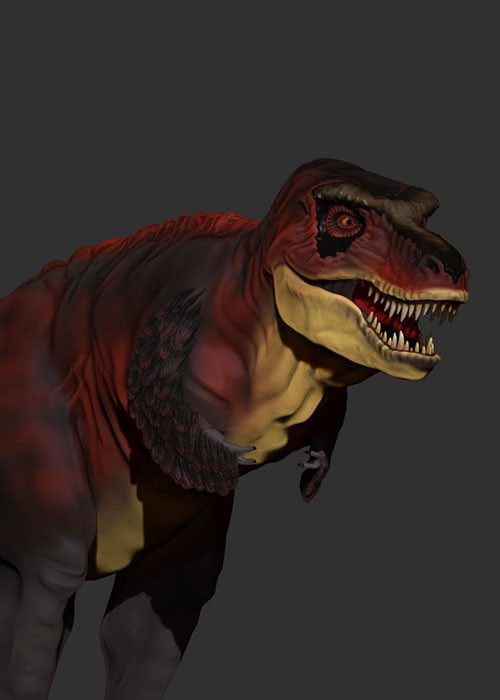 From Reimagining The Past

To Reshaping The Future

Jack Has Had A Hand In It.

Jack’s approach to life and work is to make science an adventure, for himself and others. Learning how “to do” science was challenging but not impossible; Jack’s creative thinking led to his unique approach to science, for which he is well known. His imagination is filled with stories about dinosaurs and their lives on this planet - what they looked like, how they moved, and how they interacted with their world. Jack’s approach to creative content consulting mirrors this approach: he wants to bring authentic science to everyone who wants to know more about dinosaurs and to help the creators of virtual and exhibition/attraction experiences bring science to life in entertaining and exciting ways that reflect the real facts about dinosaurs! 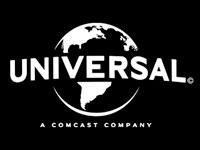 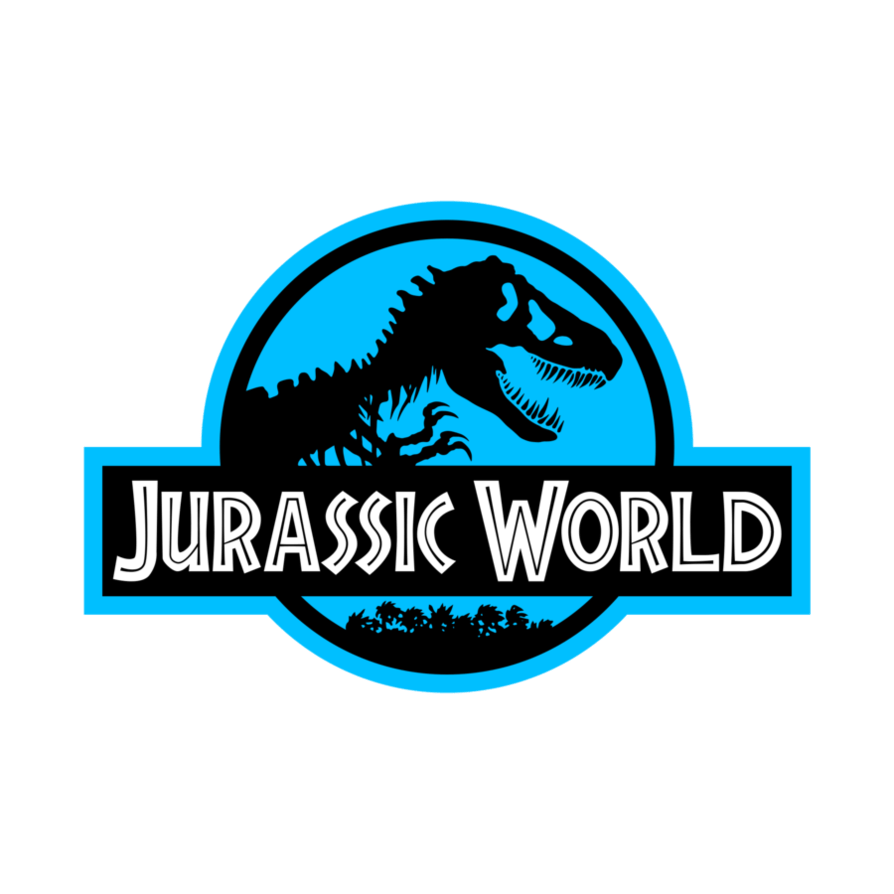 Jack Horner’s creative and scientific input on all three of the Jurassic Park films, followed by Jurassic World in 2015, has been instrumental in showing how real science can influence decisions about how dinosaurs are represented in popular film. Discover this great interview with Jack on the Jurassic World website. 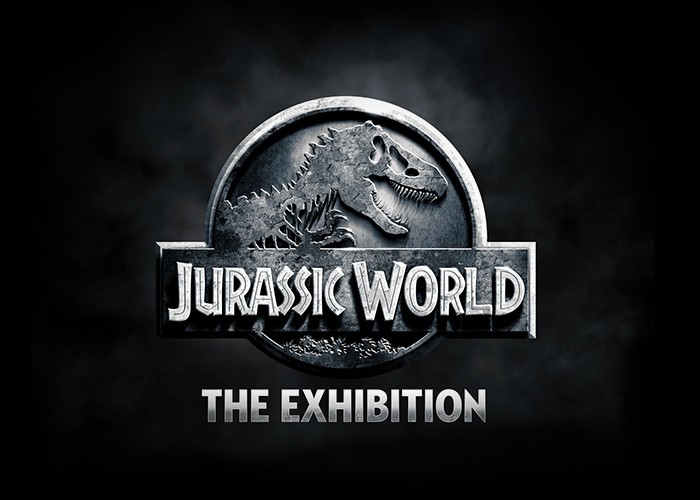 The Closest You'll Ever Be to Living Dinosaurs…

Guests can get closer to dinosaurs than ever before in Jurassic World: The Exhibition! Based on one of the biggest blockbusters in cinema history, the Exhibition immerses audiences of all ages in scenes inspired by the beloved film. Now, the park that was only a promise comes to life…right before your eyes.

Immersive design places you in the most iconic scenes from the compelling Jurassic movie franchise complete with the world’s most sophisticated animatronic dinosaurs. Created in conjunction with Paleontologist Jack Horner, Universal Studios, and The Creature Technology Company, this is the closest you will ever get to living dinosaurs.

Jurassic World: The Exhibition has toured to the Melbourne Museum, Australia, the Franklin Institute in Philadelphia, the Field Museum in Chicago, and most recently to Paris for a highly successful run at the Cite du Cinema / St. Denis.

Victory Hill Exhibitions has exciting plans to continue touring this impressive exhibition to many parts of the globe and Jack continues to consult with them on making this exhibition the most exciting visitor experience derived from Universal Studios’ Jurassic World film series possible!

Working with Microsoft’s HoloLens team in 2016, Jack specified the biological and behavioral details of a holographic Tyrannosaurus rex and a Triceratops— every detail was developed according to Jack’s latest theories on how dinosaurs really looked and moved, resulting in two amazing holograms that are remarkedly different than any dinosaurs ever seen before. See these HoloLens dinosaurs in action and an informal interview with Jack on creating this vision with Microsoft. 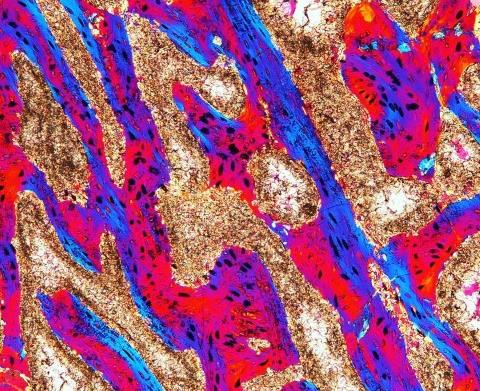 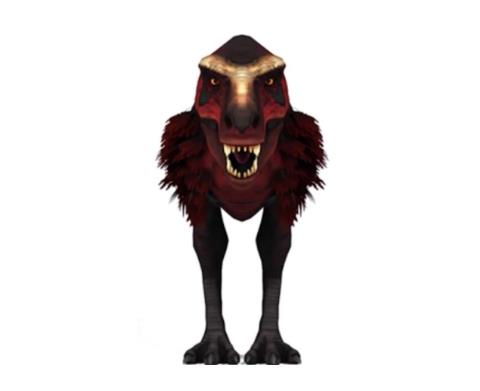 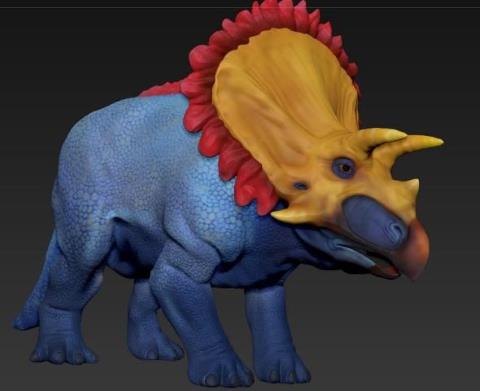 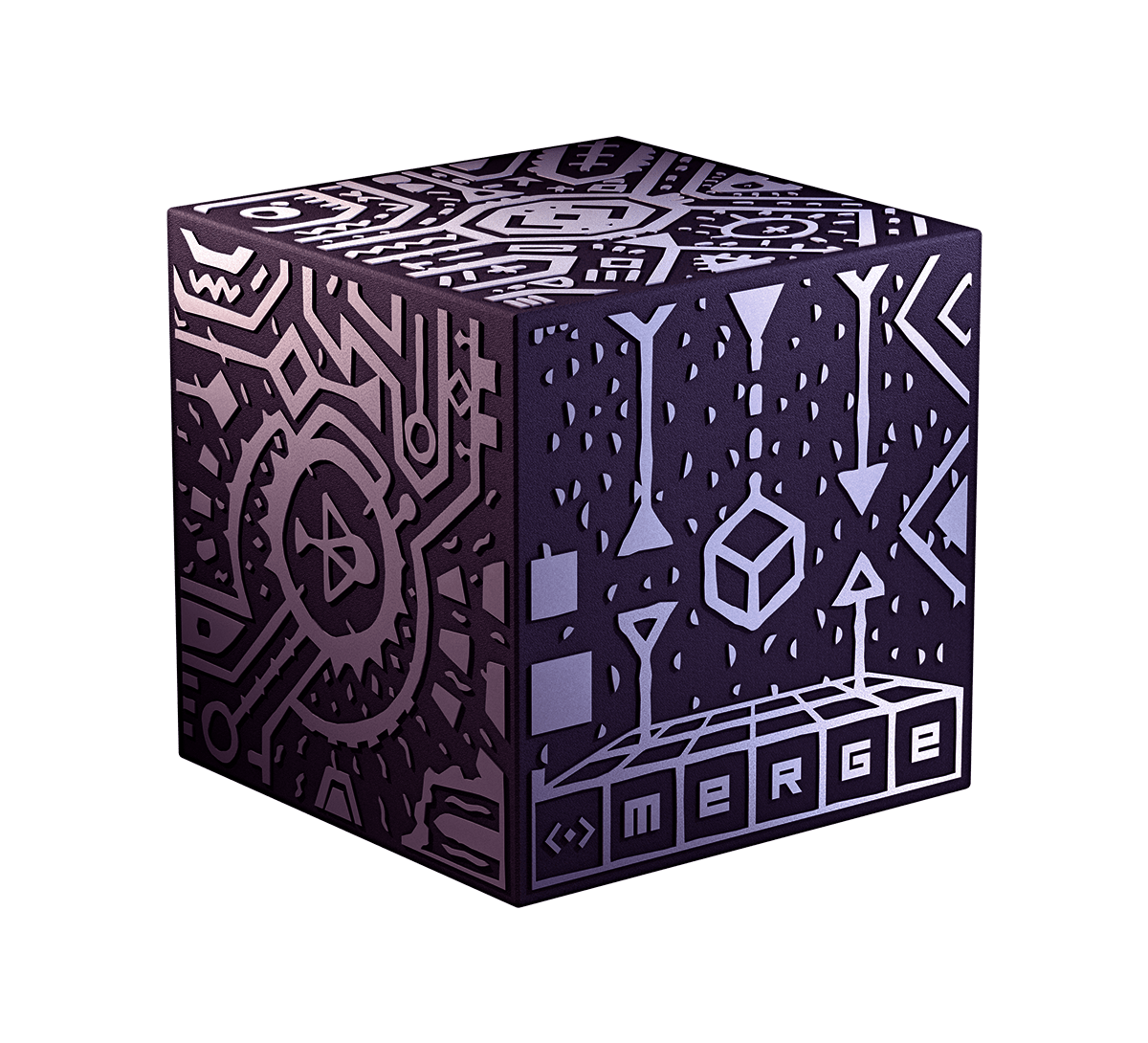 In partnership with Merge VR and NextGen Interactions , in 2017 we launched our DinoDigger app for use with the Merge Cube, the “world’s first interactive holographic toy you can hold in your hand.” Compatible with both IOS and Android, our app can be used on your phone with the Merge Cube for an amazing, augmented reality experience, or with Merge VR/AR Goggles for the thrill of virtual reality.

To develop the app, Horner Science Group worked closely with NextGen Interactions, which specializes in virtual reality—consulting, design, and implementation.

The app will let users become Dino Digger adventurers, guided, of course, by Jack Horner. With virtual travel possibilities to different regions of the world to hunt for dinosaurs, our app will be not only loads of fun but a rich learning experience by letting users dig for dinosaurs, just as real scientists do.

"We're virtual and augmented reality specialists that push the boundaries of imagination, merging the physical and digital worlds to build toys, games, and universes that are fun, accessible and appropriate for everyone, ages 10+.
Merge VR will feature all Merge Cube apps, including ours, in its curated library of virtual and augmented reality experiences, the Merge Miniverse (www.Miniverse.io)."

Horner Science Group is thrilled to be partnering with BASE Hologram on the development of an interactive exhibition experience that will break new ground in terms of visitor experience, while delivering the latest scientific theories from Jack Horner showcasing holographic, augmented and cross reality technologies at its grandest. As BASE describes it, they “combine advanced holographic cinema with stage craft to astonish every spectator by suspending disbelief. In a BASE Hologram production, audiences are not watching a show, they are drawn into an ultra-realistic experience where fantasy becomes reality and life comes back to the stage.” Come prepared to marvel as dinosaurs come to life!

What could be a better theme for taking audiences to another world than dinosaurs? Jack Horner’s World of Dinosaurs: Everything You Know About Dinosaurs is Prehistoric! is scheduled to launch in the Spring of 2019 and will tour globally.

Partnering with a company who has such a compelling vision for an experience that museum and family attraction audiences will never forget is a perfect fit for us in terms of the values of our brand and our wish to communicate authentic science in thrilling ways.

See more about Base Hologram